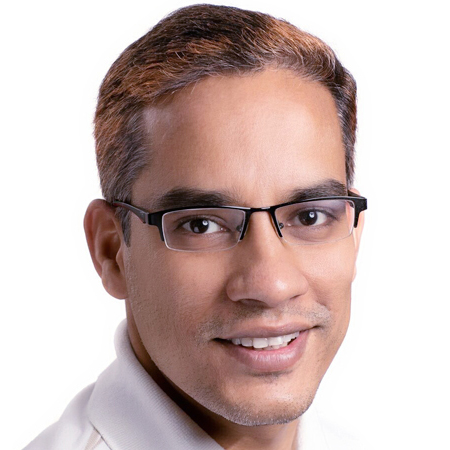 He received his Ph.D. degree from the department of Computer Science and Engineering, Tezpur University, in 2014 (Supervisor Prof. Nityananda Sarma). From 2014 to 2017, he was a Postdoctoral Researcher at The University of Electro-Communications, Tokyo, Japan, where he worked in the Japan-US Network Opportunity (JUNO) project with Prof. Eiji Oki and his research group to develop high-speed flexible optical backbone networks. From 2017 to 2018, he worked as a DST Inspire Faculty at Indraprastha Institute of Information Technology Delhi (IIITD), New Delhi, India. Before joining South Asian University, he was an ERCIM Postdoctoral Researcher at the Norwegian University of Science and Technology (NTNU), Norway. He was a Visiting Researcher at Oki Lab, Kyoto University, Japan, from Jun-July, 2019 and from Oct-Nov, 2022.

He has authored over 90 journal/conference/workshop papers. His research activities have been published in highly rated top-level journals in the area of networking and communication, including IEEE Communications Surveys and Tutorials, IEEE/ACM Transactions on Networking, IEEE Journal on Selected Areas in Communications, IEEE Transactions on Network and Service Management, IEEE/OSA Journal of Lightwave Technology, IEEE/OSA Journal of Optical Communications and Networking, IEEE Communications Letters, IEEE Networking Letters, IET Electronics Letters, Computer Networks – Elsevier, etc. He is the author of two books in the area of optical networks, which were published in Springer International Publishing and CRC Press. His research works have been funded by several national and international funding agencies, including SERB/CRG, MeitY/ R&D in CC&BT Group, DST/International Cooperation Division, DST/Inspire Faculty, European Economic Interest Grouping/ ERCIM, National Institute of Information and Communications Technology/JUNO, Japan, and Ministry of Education, Culture, Sports, Science and Technology under the Program for Promoting the Enhancement of Research Universities, Japan. His research interests include optical networks, QoS-aware protocols, optimization, and routing.

Dr. Chatterjee is a Senior Member of IEEE and a Fellow of of IETE.


I am looking for a couple of motivated JRF (at least three) to work on different SERB, DST, and MeitY projects, funded by Govt. of India, in the area of Optical networks. If you are interested in working with me, please drop me a mail.